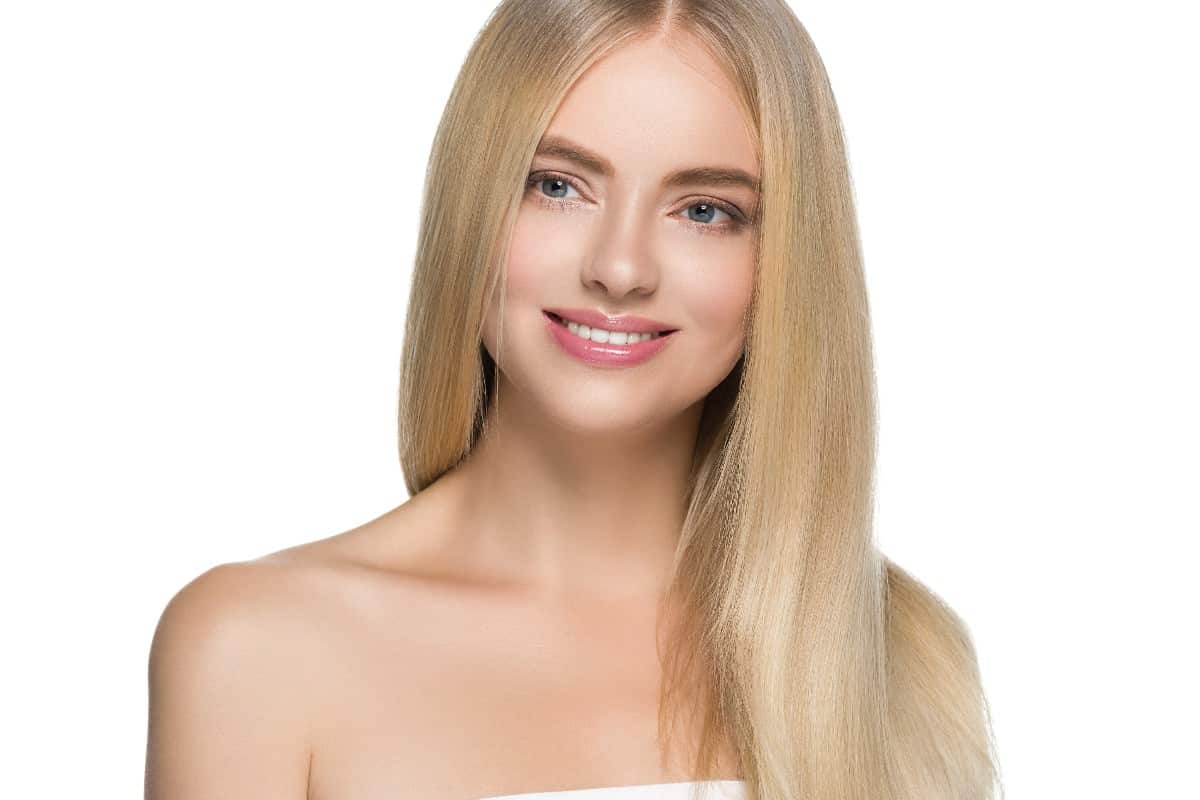 A toner is a hair product that is used to neutralize the brassy orange and yellow tones on bleached hair. It usually has a purple- blue tint but when you apply it on the bleached hair, it gives the hair a dusty, ashy or a platinum color.

You can also use it to make your hair more shiny and healthy. Some people may also use other hair products such as a hair dye instead of a toner but this can damage your hair. However, if you want to get the best result, you should look for the best toner for blonde hair.

Since these products are not easy to find, today we have compiled a list of the top rated toners and shampoos for blonde hair. Check them below. Purple Hair Mask - Hair Toner is among the most effective toners on the market. What sets it apart from many others is that eliminates yellow undertone in less than 15 minutes.

After discoloration, the hair loses the cool controlling pigment but the best thing about this toner is that it infuses the hair with an excellent matching dye molecule. It remains on the surface of your hair which enables it to fight yellowness. This also enables your hair to retain the light and ash blonde tones.

If you have damaged hair, the formula used in this blonde hair mask helps in repair of the damaged hair. It also features silk protein, Aloe Vera and Retinol which nourishes the hair. This also allows it to maintain its natural shine and healthy appearance.

Another thing you need to note about this product is that it is made in the USA and does not contain any harmful substances. Again, it is among the rare hair toners with the highest reviews on Amazon. ArtNaturals Purple Hair Mask for Blonde provides eye-catching platinum tones which you cannot easily achieve when using other toners. It is very effective and it protects your hair from ultra violet rays from the sun.

Apart from that, it is made using Quinoa and Aloe which boosts the strength and elasticity of the hair. Additionally, it contains Vitamin-rich Sea Buckthorn which stimulates the scalp.

There is also a hydrating Argan oil which prevent dryness. Other components include Jojoba and Almond oils which gives your hair a silky and shiny finish.  You should also note that it is a salon level formula treatment which helps to revive dry and dull hair by promoting growth.

If you want to achieve the best results, you should apply for 3-5 minutes once or two times a week. Again, it works perfectly for everyone since it is suitable for all hair types. Lastly, it is cruelty free and it is also free from parabens and sulfate. If you are searching for a quality shampoo that will brighten up your dull and brassy hair, this shampoo will be the most suitable option. It gives your blonde hair a nice and stunning look and it also helps in refortifying hair follicles.

This means that apart from brightening your hair, it also promotes growth of healthy hair. Besides that, it also helps in repair of the damaged hair. Since color treated hair may lead to fry scalp, this shampoo helps in moisturizing the scalp and it also helps to clear build up.

Again, it features a cruelty free formula which is also free from parabens and sulfates. Another thing you will love about this shampoo is that it removes unwanted brassiness to preserve your preferred hair color. One of the major reasons why you should use this toner is because it is made in the United States of America by a GMP and FDA compliant facility.  It is made in a special way that enables it to remove the yellowish and brassy hues from your hair.

Again, the formula used is very effective and helps your hair to recover after bleaching. Some of the components used in its production include natural Argan, and Acocado oils.

The good thing about these   natural ingredients is that they provide enough nourishment from the roots of the hair to the tip. It also features keratin which is known to protect the hair from harmful impact.

Apart from that, keratin is also known to prevent split ends. There is also silk protein which improves the shine of your hair. If you are searching for an excellent toner that will give your blonde hair a gorgeous and cool tone, this toner will give you the best results. The most outstanding thing about this shampoo is that it brightens and washes away brassy yellow tones instantly.  If you are searching for a perfect toning shampoo for brassy hair, this one is the best because it contains extra nutrients and lather enhancing plant based compounds.

As a result, it is very effective in washing away dirt, seat and excess oils. It also leaves your hair with a silky and soft texture. Another awesome thing you will love about it is that it contains UV and damage defender.

It is also important to mention that it is the only purple shampoo for blonde hair that uses a silver shampoo technology which provides lighter and lighter results. It is also an excellent choice for sweaty gym build up. Manic Panic Virgin Snow Hair Toner is specially made to eliminate brassy tones even on the lightest level ten blonde. It also doubles as a conditioning mask when dyeing your hair. It is a semi permanent-dye formula which faded after 4-6 weeks since it doesn’t penetrate the cortex of the hair.

In addition, it is cruelty free since it only contains vegan ingredients which have been tested on celebrities.

You should also note that it is made in the U.S.A and it is ammonia and PPD free. However, you should note that it only works on pre-lighted hair level of 9/10.

What Are the Benefits of Hair Toners?

Some of the benefits of hair toners include;

Finding the best toner for blonde hair is not easy. However, we hope that after going through this article you are able to determine the best toner from our list. If you are still confused in which one you should pick, Purple Hair Mask- Hair Toner w/Avocado Oil, Retinol & Silk Protein for Blonde Hair will give you the best.

Again, if you are searching for an effective shampoo for blonde hair, Purple Shampoo for Blonde Hair Toner will be a good choice. Note that all the products we have reviewed in this article have been carefully chosen from many products which means that they are indeed the best.

For easier comparison, you should check what the customer reviews from the links we have shared to know which one that suits you perfectly.